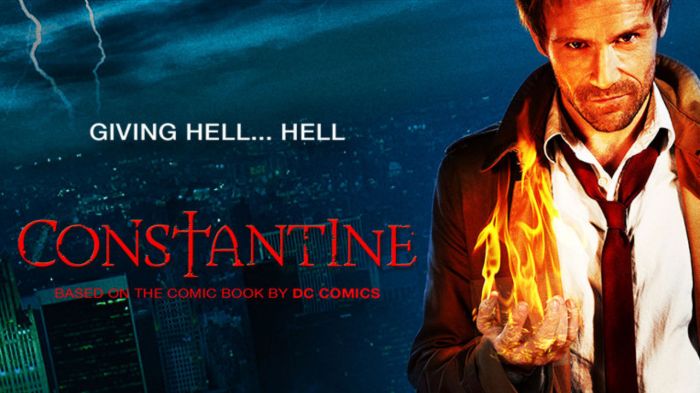 It’s been three years since this wonderful television adaptation left us too soon. The show captured the essence of the comics extremely well and quickly amassed a fanbase that was wildly addicted to the 13 episode series. However the powers that be decided not to renew and we were left with a gaping hole in the ever growing fandoms we join that only want to hurt us.

However, the same year I was applying to writers on the verge and they allowed for applicants to write an episode for Constantine. So I dove right in. I found every comic I could, I watched every episode multiple times and I wrote one of my favorite scripts I’ve written so far. It starts off the next season, the season that never was. I hope you all enjoy it! The Link is the drive link below!

Thanks for reading feel free to leave feedback below! 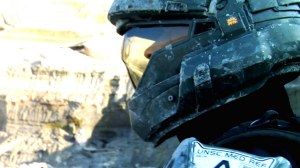 Long ago when I t’was but a child, a game emerged from the darkness that changed First person shooters forever. That game was Halo, and almost as long as its been out, there have been rumors about its first foray onto the big screen. First Peter Jackson signed on then off again, no wait on again! Then back off and the project labored in development hell and fans around the world screamed and shook their fists at the moon, or maybe that was just me.

Anyway video games to movies usually end one of two ways, terrible for the fans or terrible in general. Resident Evil is a good example, I challenge you to show me at this point, any connection to the game’s plot at all. I won’t wait because it’s not there. They completely overhauled it into an apocalyptic zombie fest which isn’t bad but it definitely isn’t a reflection on the survival horror game I came to love that had you constantly searching for ammo.

Street fighter legend of Chun-Li made me literally hate Chun-Li, I honestly haven’t played as her on Street fighter since then. It was such a bad movie (as was the first street fighter) that it may have negatively impacted sales of the video game.

What usually happens is the production companies see the video game industry as a comical thing. They don’t respect the genre and see it as a cheap way to make money, so they go cheap on it. They don’t get the best producers, they get the writers that have never proven themselves in an action genre. I.E The writers for the Tekken movie had people that only wrote dramatic films which led to over developed characters, not enough action, and a storyline that never quite got fulfilled.

However with all of these things in mind Microsoft would not allow that to happen to the child it stole from Apple(c’mon people look its right here). They have now enlisted Steven Spielberg to Executive Produce a Halo television series for Xbox Live gold members.

Now here’s the problem…A TELEVISION SERIES. Halo is far to epic in reach and scope to be confined to the small screen. Honestly I don’t know if I want to see the Master Chief every week anyway. He lacks the character to be seen repeatedly in this sense. In fact the most interesting dynamic in the entire game is his relationship with Cortana, the computer that is far more human than he is.

“For me, the ‘Halo’ universe is an amazing opportunity to be at the intersection where technology and storytelling meet,” Spielberg said.

I just don’t know on the one hand it’s Spielberg, coming off of Lincoln I’m sure he’s just itching for some sci-fi epic goodness. On the other hand a television series with characters that are basically reasons for the Master Chief to blow things up in awesome ways just seems, unreasonable. Now I know as a quasi-nerd I should go by the “in Spielberg we trust” rule but for me its doubly rough to take the fact that a feature length live action film probably won’t be made, and also that Halo will be basically an experimental project for the Xbox1’s crossover capabilities and appeal.

Hopefully it will be as awesome as it’s potential but that will be seen in the months to come. Until then I’ll keep holding out for a Gears of War movie. Maybe they’ll wait a year or so and I’ll be able to direct that. You never know!

Marvel Television and ABC have released the first trailer for Agents of Shield. They have decided to ride the wave I call Avenger’s Gold, and rightfully so. They spent over ten years cultivating the movie and now that the fruits of their labor have arrived, they are happily raking in the benefits. From re releasing the movie into theaters only a month or two after the first release, to now a highly anticipated television show.

I’m really looking forward to this. I hear tell they have sufficiently explained Phil-uh I mean Agent (that man’s first name is AGENT) Coulson’s triumphant return to what seems to be sort of a men in black style agency. Several pretty good to great actors have signed on to the show. Here’s the list from the wiki page

Clark Gregg as Agent Phil Coulson: An agent of S.H.I.E.L.D. who oversees many of the division’s field operations. The character will headline the series. At the 2013 South by Southwest festival, Joss Whedon confirmed that Coulson is alive in the series, despite his apparent death at the hands of Loki in The Avengers. When describing his character’s return from the dead, Gregg said, “When Joss described to me the mystery… and the complexity and the unanswered questions about Phil Coulson standing there trying to deal with this, I found it so fascinating and so true to the world of the comics and mythology in general as I understand them that I was immediately in.”

Ming-Na Wen as Agent Melinda May: An agent of S.H.I.E.L.D. who is an ace pilot and weapons expert.The character was originally listed with the name Agent Althea Rice (a.k.a. The Cavalry) on casting sheets.

Brett Dalton as Agent Grant Ward: A gruff, asocial manly man in his early 30s who is great at his job but not so great at getting along with his coworkers. Ward has a strong moral foundation and is not without his charm.

Chloe Bennet as Skye: A civilian new recruit and computer hacker, described as “bubbly and goofy” but “also warm, edgy and witty.” She is in her late 20s and can more than hold her own in any situation.

Iain De Caestecker as Agent Leo Fitz: An agent of S.H.I.E.L.D. who specializes in weapons technology.

Elizabeth Henstridge as Agent Jemma Simmons: An agent of S.H.I.E.L.D. who specializes in life sciences (both human and alien) and is the close partner of Agent Leo Fitz.

Cobie Smulders as Maria Hill: An agent with S.H.I.E.L.D. who works closely with Jackson’s Nick Fury.
J. August Richards was cast in an unspecified role in the pilot.

With all of these people signed on it looks pretty promising.

Hopefully they’ll have some people in the from the Damage Control series. If you aren’t familiar with this limited series here

Basically they are the cleanup crew that comes in after the huge superhero fights and cleans up. Created by one of the most amazing comic book men ever, Dwayne Mcduffie, Its one of the few things he did for Marvel before going mostly to DC. Showing Damage control and S.H.I.E.L.D working together would add a lot of humor that a good television show needs to keep it going from season to season. But that’s just something they could throw in there and they have done that specifically in Iron man 2 on the television they mention them briefly.

I believe that Disney will do right by the Marvel universe with this show, I’m not sure how long it will be on the air but I know the first episode will be good. Where it goes from there is anyone’s guess!

I will keep you guys updated on these things as soon as I hear about them!

You’re terrific readers and thanks for following me!