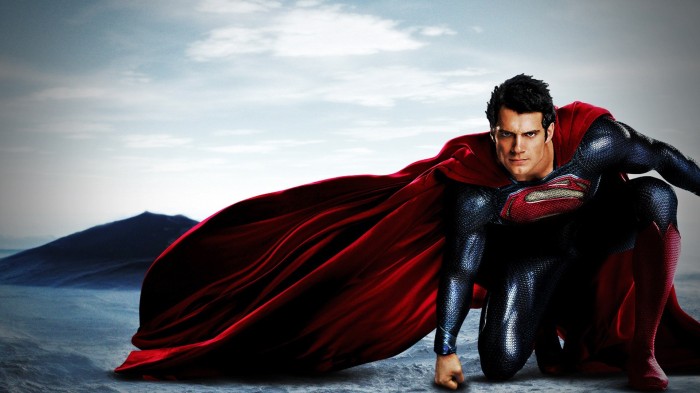 So today I got up early and went uptown to see the new superman movie “Man of Steel.” Now a little history has to be said first when it comes to this review. I am not the biggest superman fan, I feel he’s overpowered to the point of ridiculousness and I know how hard it is to make a movie with a character like that. That being said DC has done a  great job humanizing him through his character and his relationship with the most human of all the superheroes, Batman.

That being said with all the hype surrounding this movie and the fact that Snyder and Nolan helmed it made me pretty excited to see where they would go with it. I wondered how much they’d pull from the dark knight trilogy. The answer obviously was quite a bit. From the official name “Man of Steel” to the darker tone of the entire movie, we are treated to a superman tale that was never before told.

The movie begins on Krypton that is falling apart. (That’s not a spoiler you can see that from the trailers!) Russel Crowe plays Jor-El father of Kal-El (superman) and he plays him quite well. The Krypton they show is not the one you grew up with with golden cities and bright skies. This Krypton is dangerous, the type of place that would have people with a tougher physique such as Superman. They introduced the social climate and political structure of Krypton more than I had ever seen before and the action sequences right from the beginning are intense and quite on point.

They went sci-fi with this movie. In fact the entire movie, not just on Krypton but on Earth as well, I felt was a sci-fi flick. Aliens invading searching for another alien, sometimes I felt I wasn’t even watching Superman which could be a good or bad thing depending on how you look at it. On one hand superman fans love their boy scout on the other where we come in at in this movie he’s not quite there yet.

The fight scenes in this movie are a little over the top, which kinda works the first time  you see it until you think about what’s actually going on. Without giving too much away I’ll just say think of the animated series fights and you’ll get the idea.

The only gripe I had was with the cutting back and forth between ages, it was done a little choppily and left me feeling out of sorts in some places.

Overall this was a fun movie and the best they could have done with a Superman movie. There were great glimpses of Krypton, great performances, huge shocks, and great direction. The fight scenes were huge and over the top and the villain was well written. The rumor is that they’ll be putting out another movie in 2014 which is shockingly fast. Jasmyne suggested a Lex Luthor/Brainiac crossover which I completely agree with.

This gets 4.5 out of 5 stars great movie only thing holding it back was the telling of the story in the beginning. Its a summer blockbuster, sci fi, action movie to the core and It’s a lot of fun. I would definitely recommend going to see it.